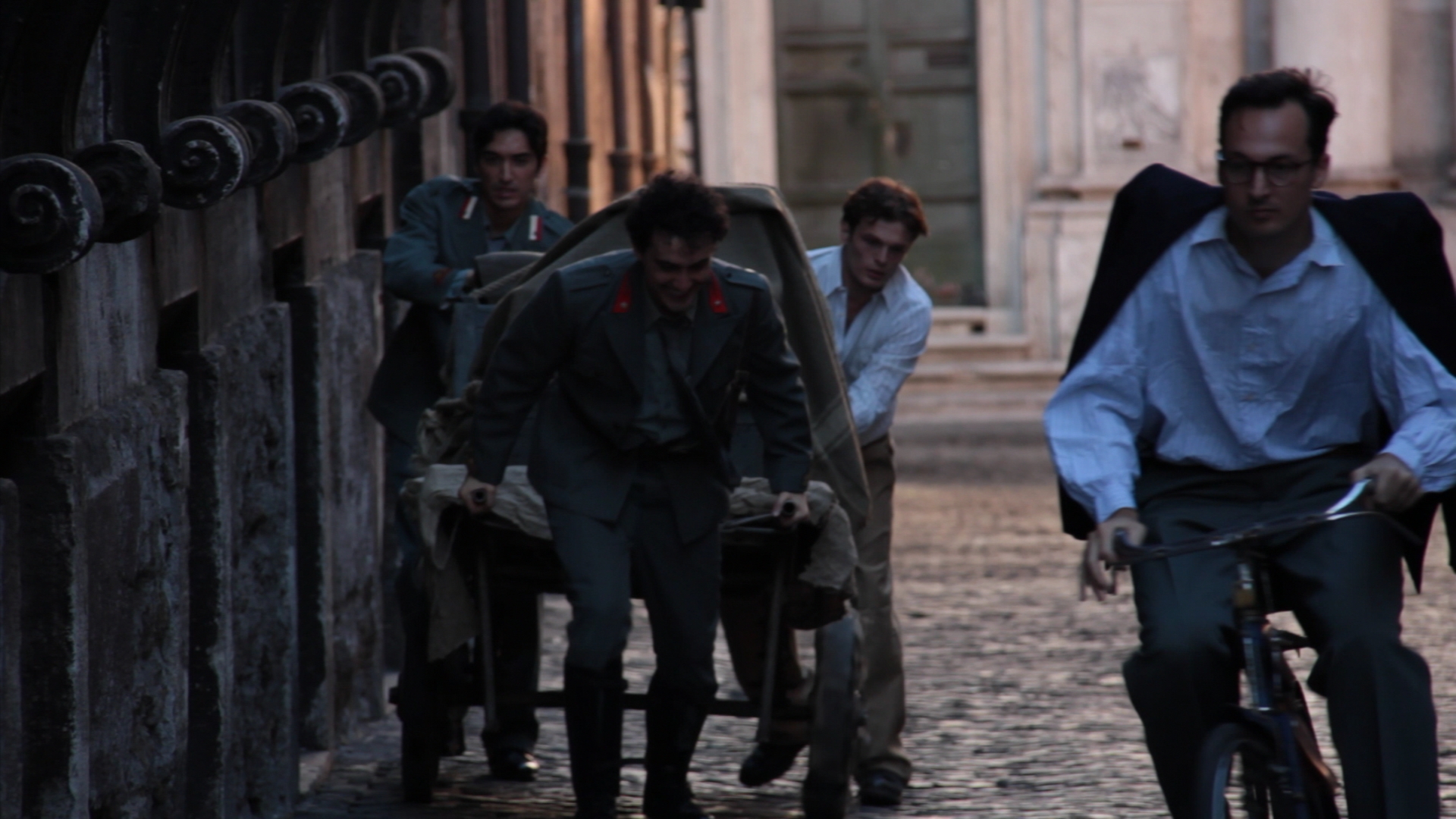 Summer 1943, Rome. A rickety cart is being pushed by three young men through the streets of a city still under the shock of the bombing it has just been subjected to. On the cart, beneath military blankets, packed as best as they can in wooden boxes, is the most delicate of experimental apparatus, which has escaped the destruction.

A few days earlier, one thousand tons of bombs had fallen on Rome. At the University, three young researchers, Ettore Pancini, Oreste Piccioni and Marcello Conversi, were intent on safeguarding years of research by protecting the precious equipment of their researches from further attacks: they have to take it to another place, to a safer area of the city. And thus, it was all loaded onto a cart.

Watching them go through the streets of Rome, sweating, haggard with fatigue, it seemed as if they were traveling street vendors. One has to laugh, or maybe even cry when one thinks that this is all that remains of the scientific treasure of Enrico Fermi.

Yet it is from here, from this choice to continue their research at all costs in spite of the ever closer and more devastating war, and from the ingenuity and courage of these young me, that one of the most important scientific discoveries of the 20th century would come to light.

No scientist from any other country, before or after that time was successful in achieving what these young men did: to bring to completion the most delicate of experiments, while every day risking arrest and torture by the Nazis; because you are a deserter, because while you are carrying out calculations and studies, you are aiding the partisans, hiding arms and fugitives, because you are dealing in the black market in search of electronic valves and Geiger tubes, because you are not afraid to take up the rifle, and face the Fascists, even if you don’t eat for days, and your hands are tortured by frost.

In these conditions Ettore Pancini, Oreste Piccioni, Marcello Conversi managed to continue with their experiment which concluded with success in 1946,  when from their research there emerged the discovery of a new nuclear particle: the muon.

Seeing that cart again, you wouldn’t feel so much like laughing, but you’d want to be with them to help them push it.

A Doc Art production in collaboration with Rai Cinema