PLAKAT the birth of the modern advertising 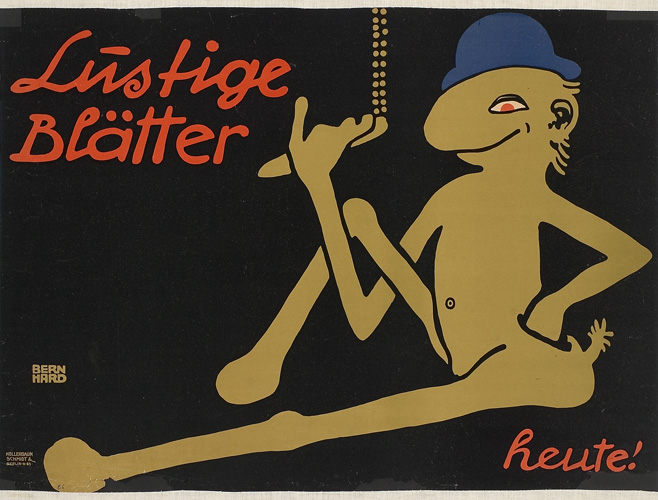 Young and beautiful people.  The product clearly on display along with its trademark.

A witty (or at least amusing) presentation.

These are three cornerstones of advertising that we still encounter every day.

They are not a recent invention, nor are they the fruit of scientific research of the artistic avant-garde.

They date from over a century ago when a unique group of artistic talents in Germany initiated the golden age of commercial art and design.

At the very beginning of 20th century  the first modern advertising poster was created in Berlin: the Priester matches poster.  The Plakatstil was born.

Lucian Bernhard, Ludwig Hohlwein, Julius Klinger: these were the three artists who revolutionized the approach to advertising and left us a heritage of ideas that are still valid today.

They turned away from the complexity of Art Nouveau and propagated a more modern outlook on poster art.

Through their works and their destinies we will tell the story of the birth of modern advertising.

in collaboration with ARTE (France – Germany )  and RAI Cinema

and with Giovanni Carta Thomas Landl