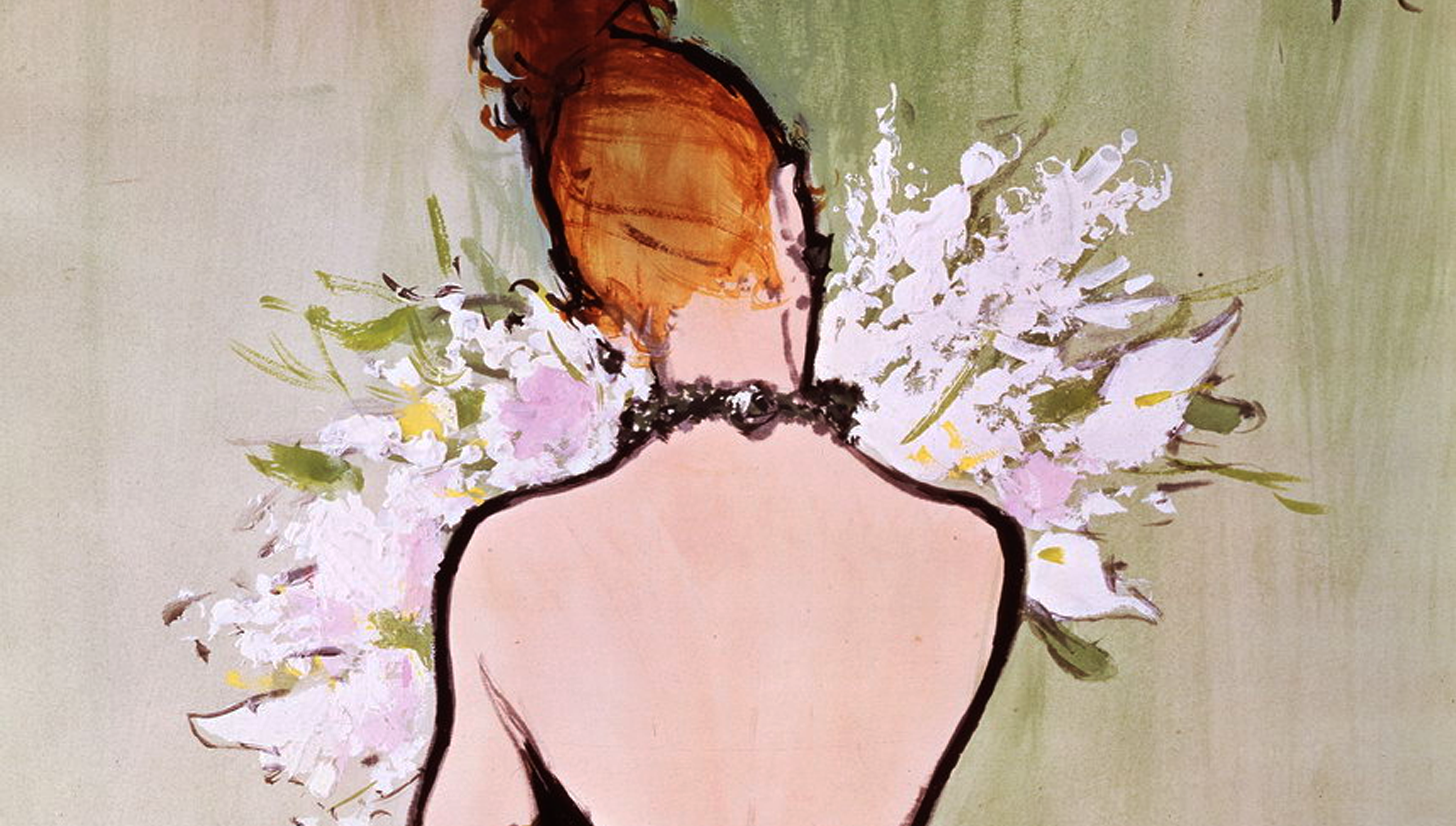 Renato Zavagli : this name  is unfamiliar to many, but we all recognize a René Gruau drawing.

René Gruau  – Zavagli is  his real Italian surname –  influenced the image of international haute couture like no-one else.

He gave form and life to a new vision of femininity : from neutral “clothes-hangers” the women became  protagonists aware of their own charm.

Stylist, advertising designer, magazine illustrator, costume artist, stage designer… Gruau worked in the world of fashion from the 1930s until the 1990s with an inimitable light touch, innate elegance and instantly recognizable style.

No apprenticeship, no hard work to rise through the ranks: Gruau had a natural talent which enchanted everyone from the general public to stylists and magazine editors from his earliest works…

Gruau worked in France, Britain, Italy, the United States, creating the image of great fashion houses such as Dior and adorning with his drawings the covers of Marie Claire, Harper’s Bazaar, Vogue, Flair. He worked also for Balenciaga, Chanel, Fath, Schiaparelli

This documentary  highlights the most innovative and original features of the art of René Gruau focusing the role he has  played in changing the representation of fashion and women. The womand drawn by Gruau is not an elegant but remote “mannequin” wearing refined creations by great tailors. She is a woman aware of the charm and seduction that comes from elegance. She does not lower her eyes: she looks at us with the same pride with which the models parade today … she is a new woman who is a prelude to the emancipation of the seventies of the twentieth century. She is a revolutionary in an evening dress.